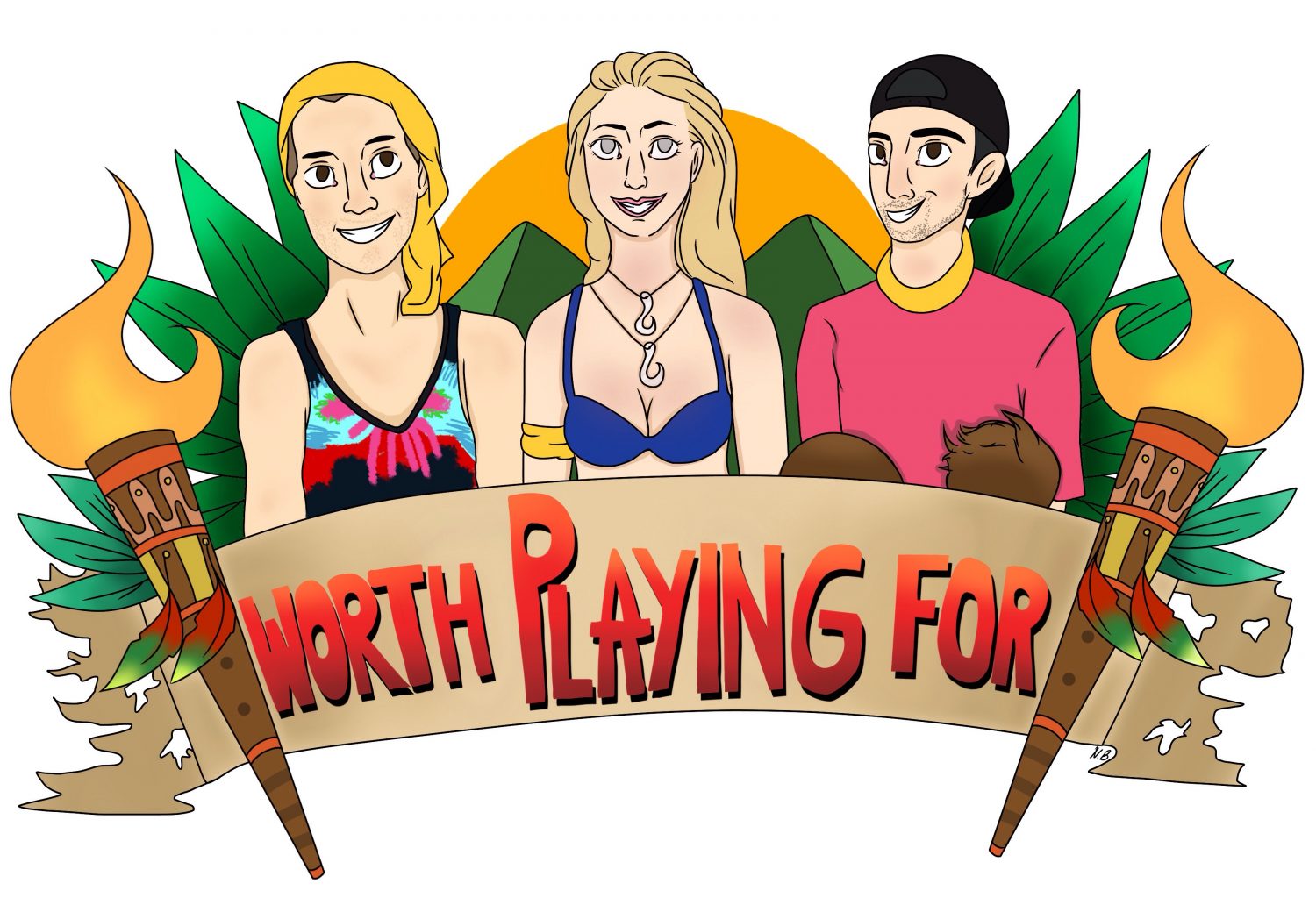 What a season! What a final few episodes!

Kimmi trying to make a big move and remove Spencer or Jeremy, good on her, what else was she to do?

Spencer won immunity so Jeremy was the target but he didn’t fully believe it.

Wentworth played her idol… Jeremy played his just in case despite believing Kimmi. Only Jeremy and Wentworth had their names put down! All votes cancelled. First time in Survivor history! 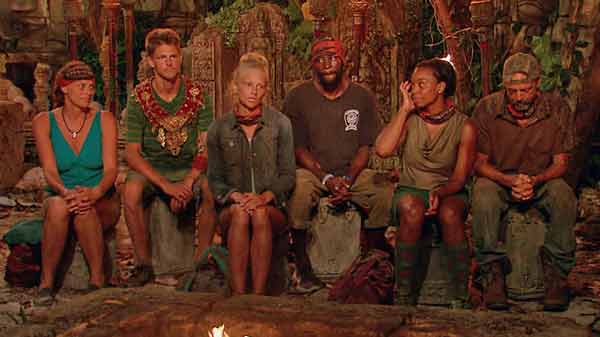 As it stands the remaining contestants can only vote for Tash, Keith or Kimmi. Even split of votes for Tash and Kimmi.

Jeff explains that if it was to happen again it would go to rocks BUT here’s the catch… due to Survivor tiebreaker rules Tash and Kimmi become immune joining Went, Jeremy and Spencer as safe. Resulting in Keith going home as he would be the only one left to draw rocks!

Alas, Wentworth needs Keith so she opts to boot Kimmi. Talk about a roller coaster.

It is pretty simple now, out of Keith and Wentworth they must win immunity. Keith goes close but Kelley takes it out. Keith may as well pack his bags.

Jeremy is on high alert and creates a back up plan. Remove Spencer. Kudos to Jeremy, never get comfortable. Keith appears to be one board.

Hang on! Wentworth has a plan, seeing as all idols have been different she makes one of the best fake idols you will ever see and gives it to Keith, telling him to play it at tribal and show it off when needed.

Don’t give it to Keith!

Tribal rolls around and it is incredibly frustrating. All Keith has to do to stay is whip out that fake idol, throw it around his neck and their would have been at least an 80% chance that Jeremy or Tash would have got flustered and voted for Spencer.

What does Keith do… he holds onto it! Oh my to-tos! Keith goes home. Kelley can’t believe it. If she was smart she should have kept it and played it on Keith herself, but no, she trusted the guy who despite his loveliness consistently has brain fades when it matters most.

The mission for a the final challenge is simple. For the alliance of three, beat Kelley, for Kelley, beat everyone.

The final immunity is a terrific one, it is fair and anyone can win. It is the whirly ball thingy-ma-jig. You watch a ball thread through a spiral and wait for it to come out of one of two exits, after a certain time you throw in another ball.

Unfortunately for Wentworth she stumbles at the last hurdle. It comes down to Jeremy and Spencer, the stakes are high as I am sure Wentworth could argue they have just as good as chance as her to win.

Spencer drops his balls in a bit too close for comfort and it ultimately costs him. Jeremy wins his first immunity of the season… at the perfect time!

Off to tribal. Wentworth throws up the boot Spencer motion, Tash as she has done all season just sits their hoping it is ‘anyone but me’. Spencer then forgets he is on Survivor SECOND CHANCE and reverts back to the same arrogant twerp most viewers and contestants despised. In a few breaths he belittles Wentworth and then threatens Jeremy. If he votes Spencer out he will vote for Kelley to win. Jeremy plays it cool and doesn’t buy into the plea.

Votes roll around. Wentworth goes home, oh so close, what a terrific season by her! Her main flaw was not aligning with the power players early. No reason she couldn’t have been in Tash’s spot, but she sided with Ciera, massive error. 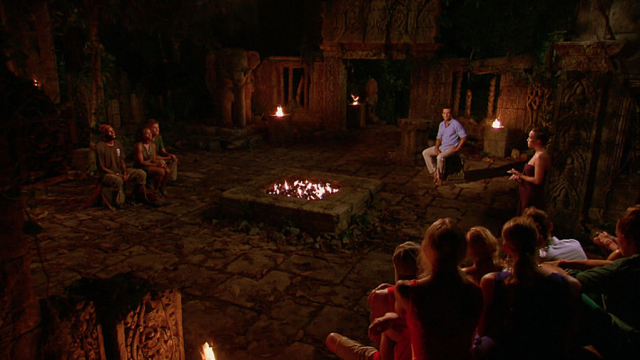 I will say one thing, this wasn’t a terrific tribal end to an amazing season, but this was probably because everyone had played before and their seemed to be a mutual respect for the majority of moves.

One of the most arrogant players in Savage calling Jeremy and Spencer arrogant! Oh the irony. Take the beanie off and sit down.

Abi brought up notes then asked a simple question.

Kass and Spencer continued their distaste for each other, Kass offered a beer-olive branch. What the hell is going on? Someone go for the throat!

Tash doesn’t get to answer many questions, amazingly she was this seasons goat.

Fishbach says a lot of words but it doesn’t really make an impact.

Then the clincher. Jeremy tells everyone about his baby. Boom give that man a cheque.

Going into the vote it is a two horse race but it doesn’t appear like anyone cares about Spencer. 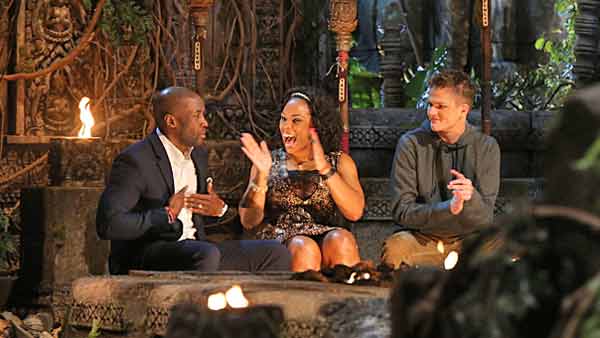 Wow. That was a surprise! Not that Jeremy won, but the fact that no one voted for Spencer or Tash. Spencer feels the pain.

Spencers heart breaks when he realises he stuffed it

Why did Jeremy win then? In a year where everyone knew that people would backstab and do whatever they could, Jeremy was one of the very few to work hard on building real relationships with people.

If you look back at any stage he had alliances with: Savage, Joe, Fishbach, Keith, Kimmi, Tash and Spencer. He wasn’t mean or didn’t make promises to Wentworth, Kass, Ciera or Abi. 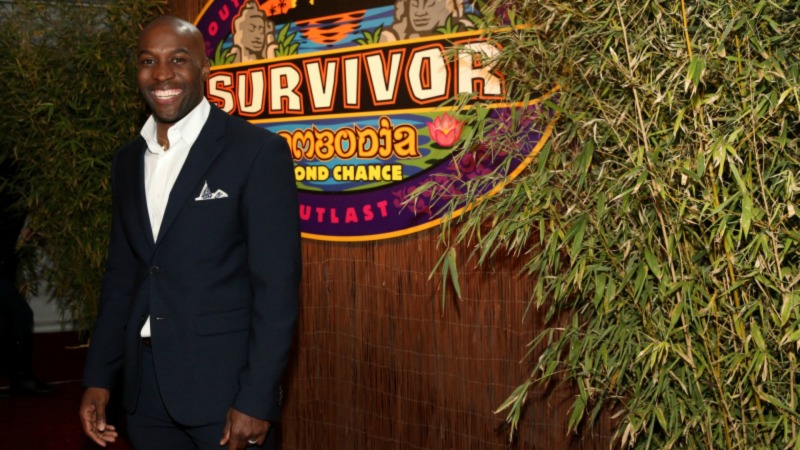 As for my pre-season predictions I had Tash, Jeremy and Wentworth as Super Chances. Spencer as Half-a-Chance. I’m happy with that.

TO SAY I AM PRETTY CHUFFED IS AN UNDERSTATEMENT. My pre game predictions are looking pretty solid! I split them into three categories in relation to their winning chances… No Chance, Half a Chance and Super Chance.

The time has come. The finale is upon us! What a season. Going into the last episode here are some important things to consider:

HOW WILL IT PLAY OUT?

“Difficult to see the future is”

Oh Yoda how right you were. But I will give it a go based on pure gut feel and what the editors have tried to INCEPTION us with in their final cut.

LIKELY BOOT ORDER AND ODDS OF BEING THE SOLE SURVIVOR

Solid effort after 15 years off the island

Kimmi’s edit hasn’t been terrific. She has been portrayed as someone that wants to make a move and has been waiting for the right time. I feel she has waited too long. Why Kimmi before Keith? Well… she rocks the boat more. 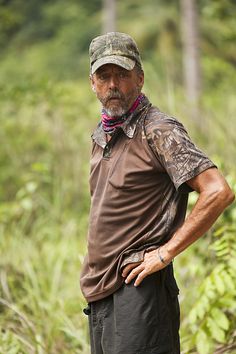 Funnily enough, just like his first season, after not doing too much other than winning the odd immunity, Keith finds himself in an amazing position to win it all. Will he though? I can’t see it. You can’t sit next to Keith at the end, he is too nice and Survivor juries love an underdog.

The idol pondering will be crucial to Kelley’s final place

Despite her awesome idol play Kelley finds herself at the bottom of the pecking order and is still viewed by tribe mates as a dangerous player. Not a great position to be in with 6 left. She still has an idol which she must play in the next two tribals. Jury wise she would have Abi and Ciera’s votes, that is probably it. Her only winning combination would be a final 3 sitting next to Kimmi and Tash. It is a long stretch. Glad to see her go the distance this time.

I haven’t been thrilled with Tash’s game, however she deserves credit for merging between alliances the whole game. She has the ability to side with either alliance group so I can’t see her not making the final 3. From there it will be hard though. Her game hasn’t been amazing and she won’t be sitting next to two goats. The way the edit has been developing I can see her being the one that cops the most flack from the jury.

Let’s not forget the early bonding session between these two. Jeremy took Spencer under his wing which will lead too…

Good ol’ Spence has grown this season. Commonly known in our household as the ‘robot who discovered he had feelings’. Any other season I could see him winning. He has survived certain elimination early days and found himself in a fantastic position through immunity wins and strategic decisions (namely flipping on Fischbach at a crucial time). However… his social ineptness means that he comes across as fake. He rates his gameplay too, even if he didn’t do much (he claimed he ousted Joe, that it was his decision… ummmmmmmmmm… okay). Only one man stands in his way…

Laughing all the way to the bank!

Where do I start? I will start with the edit. Tears for his wife. Playing for his family. Keeping his baby a secret. Comments such as “he can have second place”. If that doesn’t scream final 3 I don’t know what does.

Jeremy’s strategy will be admired by the jury, ensuring he had shields in Savage and Joe, plus those he stayed loyal too in Spencer and Fishbach. Another fun fact, he hasn’t had a single vote cast against him! He has done a remarkable job of flying under the radar whilst at the same time making moves to oust people.

Let’s be honest his early game was well thought out and his idol finds were due to hard work. He has known when to lay low and when to make moves. Have a feeling he will pull out his A game in the final 3 votes.

What separates him from Spencer? Jury management and personality:

Savage – Apart of original 3 of Joe and Jeremy, plus lets face it, Savage favours alpha males. Not to mention Spencer had a hand in booting him. (tick Jeremy)

Joe – Early bonds will sway him towards JC (tick Jeremy)

5 votes is all it takes.

Happy to be wrong! Look forward to recapping the finale after this weeks installment.

THE HOME STRETCH! Two predictable boots set up an all star finish.

Joe and his Dad don’t hold back!

Disturbing. Cruel Intentions type disturbing. The major takeaway from Episode 12 was that the family visit rolled around. There were emotional highs; Jeremy finding out Val was having a baby boy and emotional lows; Joe’s Dad kissing him with an open mouth every 5 seconds.

Cutting to the chase! Keith outlasted Joe in the ever important immunity challenge (shortly before Joe collapsed in exhaustion) and he was snuffed at tribal council. 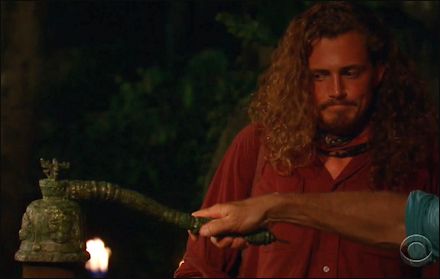 Joe is to be commended this season. Going out at 8th was a terrific effort considering the target on his back. I was disappointed he didn’t try and make a fake idol again, he might have got away with it this time.

EPISODE 13 – How To Train Your Dragon

This one was a testament to the editors, they actually made us think someone other than Abi was going home for 48 minutes.

The short of it was that Keith one award and took Wentworth and Spencer on reward… I thought it made sense, Tash did not agree.

After trailing Jeremy in immunity Spencer smashed through the final puzzle to win another immunity challenge and a easy ride at tribal… not before some all familiar pumping up of his own tires though.

Tash or Abi? What about Keith? Wentworth? Jeremy? Abi… really?! 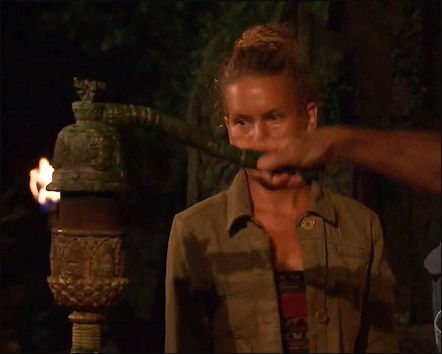 No more fire for the Brazilian Dragon

So Abi got to 7th… Not as good as her first effort on Season 25. Entertaining and deliciously mean, now it is Tash’s turn to take that mantle.

Here are my pre game predictions. I split them into three categories in relation to their winning chances… No Chance, Half a Chance and Super Chance. Let’s see how it is looking: